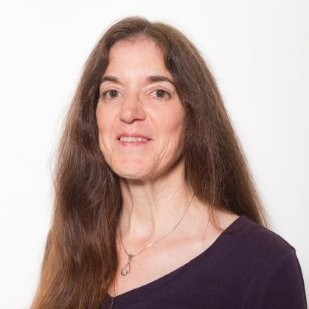 I’ve been studying under a western herbalist for a few years. In class, we’re always encouraged to taste the herbs we’re learning about that day. Most of them are delicious. Trying these tasty herbs led me to think that using them for culinary purposes was a good idea. I was inspired to create tasty blends with a mixture of medicinal and culinary herbs for everyday seasonings.

I’ve been making salad dressing for years and can’t remember the last time I purchased a premade bottle. I add herbs without measuring to an oil and vinegar mixture and taste it. After doing this a few times, I could tell what it needed to improve its taste.

I have to admit that creating herbal blends that are delicious and consistent in taste was initially harder than I thought it was going to be. I believe that I have succeeded. I also have a newfound appreciation for cookbook authors and chiefs for the amount of work that goes into recipe creation.

I’m an avid gardener and master gardener too. I have been writing a gardening blog at The Farmer’s Garden since May 2013. I mostly write about edible plants (vegetables, fruit, and herbs) and occasionally blog about flowers, trees, and shrubs.

When the Fir Bolgs first invaded Ireland, the Tuatha De Danaan fought against them in a great war. The Tuatha De Danaan won the first battle. Unfortunately, during this battle Nuada’s (King of the Tuatha De Danaan) arm was severed from his body. Airmid’s father brought Airmid and her brother Miach to help him heal the Nuada. It became apparent to Diancecht that his daughter and son had healing powers superior to his.

Diancecht replaced Nuada’s arm with one he made from silver. Airmid regenerated the King’s arm, and Miach re-attached it to the King’s body. Diancecht became enraged with jealousy when he realized that his son’s powers were more potent than his. He attempted to kill Miach several times, but each time Miach was able to heal himself. Finally, Diancecht cut off Miach’s head, and he was no longer able to heal himself.

Airmid’s magical power was in the use of healing plants. Airmid often visited her brother’s gravesite. One day, when she arrived at Miach’s grave, 365 healing herbs were growing nearby. Airmid gathered up the herbs, and they shared their healing powers with her. She arranged them on her cloak based on their particular use or medicinal properties.
Airmid began using herbs to heal people. Diancecht was still filled with rage and overturned Airmid’s cloak. The herbs scattered in the wind so that no one except Airmid would ever know how to use them for healing. Airmid fled from her father and traveled far away so that she would never have to see him again. According to Celtic mythology, Airmid still uses her magical powers to heal Faeries, Elves, and people high in the mountains.